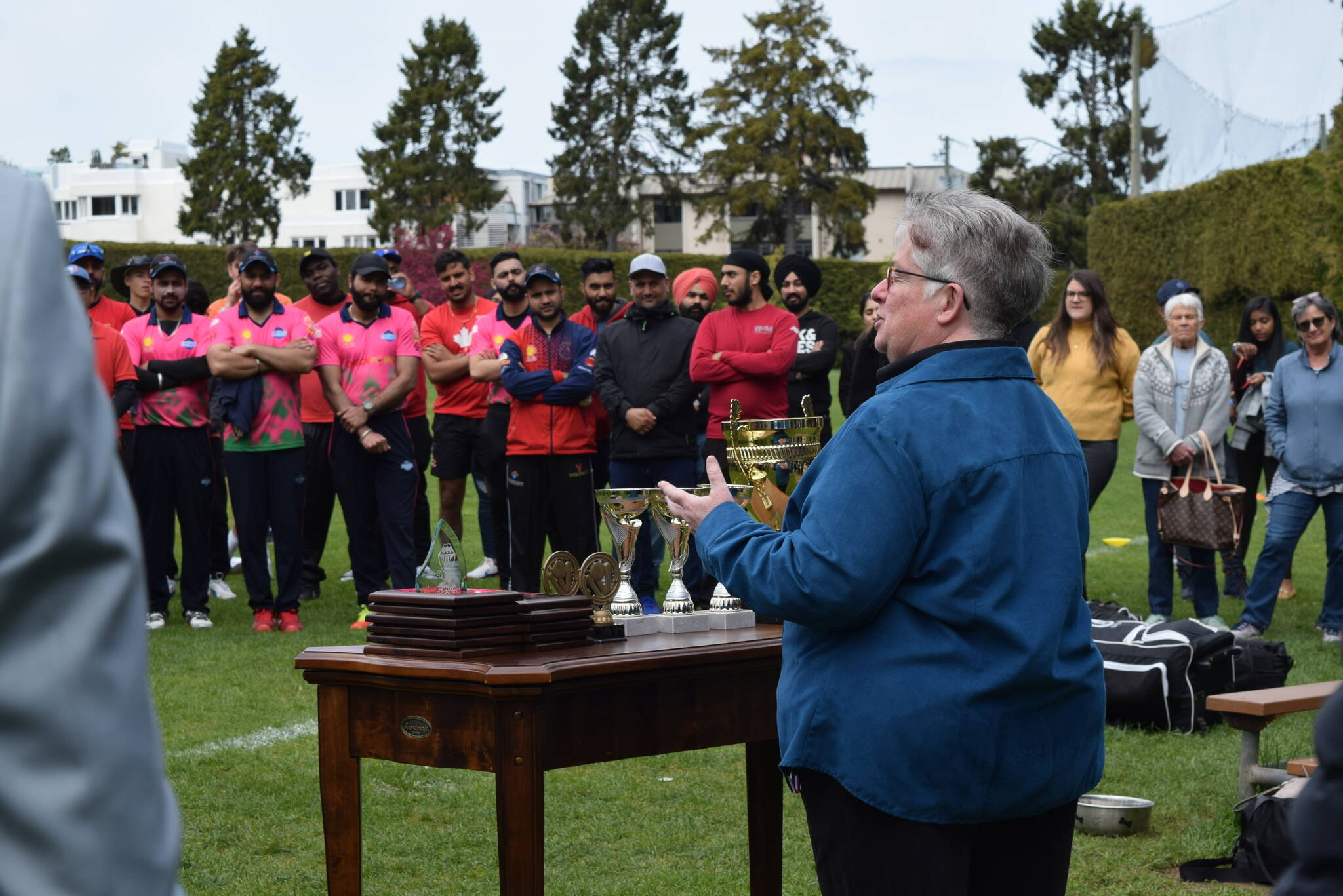 These are some of the many endorsements Marianne has received.

"I'm very pleased to have this opportunity to endorse Marianne Alto as candidate for Mayor of Victoria.

Marianne embodies the values of those of us who care about making Victoria a city that works for everyone.

We all need the support of a strong, effective mayor to protect the progress we have made and ensure Victoria is a model city for the future and a leader in our region.  A city that adapts to our changing needs.  A city that makes headway on providing affordable housing for workers and their families. A city that is acting now to make its contribution to addressing climate change. A city that is moving away from the car and providing other mobility choices, A city that leads reconciliation with our indigenous neighbours and welcomes their contribution. And a city that attracts the right kind of business and keeps us on a strong economic footing.

I have known Marianne for 30 years.  She is a progressive, informed and experienced councillor who will make a progressive, informed and experienced mayor.  She is a good listener, a balanced thinker and she excels at bringing people together to find common ground,  We need all of that in our mayor at this volatile time.  I have full confidence that Marianne is that Mayor.  I look forward to seeing her in that role. Please vote."

"I have known Marianne for about 25 years either chairing organizations, volunteering and in recent years as a city councillor. In that time, I have had a chance to appreciate her considerable leadership skills - demonstrated by solid judgement and an ability to bring people of differing opinions together. This is more important than ever, these days!  What impresses me most about Marianne is her ability to get beyond her personal perspectives and see where the public interest lies. She is not ego driven; she understands public service. As a person who will soon be returning to Victoria after a hiatus of a few years, these are the qualities I would like our Mayor to have."

"The role of Mayor in a city with such diverse challenges as Victoria requires courage, collaboration, listening, priority-setting and informed decision-making - leading to direct action. As advocates for a strong business community, we have seen Marianne demonstrate those leadership skills, along with independent thinking and careful consideration of all points of view. We believe that Marianne is the best person to take on the role of Mayor."

“I have had the privilege of working alongside Marianne Alto in a number of capacities, particularly in or with Indigenous communities, including the Songhees and Esquimalt Nations and urban Indigenous peoples and initiatives. It is so clear to me that Marianne values relationship, diversity, trust and inclusion. She does more than talk about these values. She takes action to make them come alive so that they benefit community and people. Marianne is patient, incredibly hardworking, and insightful.  She keeps her word; her heart and hands are generous. She will make a great mayor.”

“I am proud to endorse Marianne Alto for Mayor of the City of Victoria. I have known and respected Marianne in her many leadership roles over decades, but worked with her most closely on regional issues in our roles as Councillors in the Capital Region. Marianne is intelligent, respectful, and principled. She can bring diverse people together to find common ground and achieve results. I know that as the next Mayor of Victoria, Marianne will put her collaborative, compassionate leadership skills to good use to address the challenges and opportunities ahead.”

“Marianne is a tireless community leader who I have had the privilege of working with, both as a friend of over 30 years, and as a fellow member of the 2SLGBTQIA community. As a fellow gay politician who has been bravely out her whole time in politics, Marianne is and has been beacon for my community. As a friend, colleague, and Member of Parliament I am proud to endorse Marianne Alto for Mayor of Victoria.”

“In the many years I have worked to support the dignity and human rights of those most readily discarded by our society, I have known Marianne Alto to be there too. While we work in different spheres, Marianne shows up to support our work and speaks passionately about why we must all work towards a more just and equitable society. Marianne has the experience and the ability to be one of Victoria’s greatest Mayors, and this city will be a lesser place, and we will take a step backwards, if Marianne is not voted in as our Mayor. Marianne can help us all move forward together, and it is vital to those most marginalized that, on October 15th, we ensure a win for Marianne Alto.”

"As a Victoria City Councillor, Marianne Alto has been a proactive ally to trans, nonbinary, and gender-diverse (Trans+) people in the city of Victoria. She has been a leader in moving the Victoria city government forward toward greater inclusion for Trans+ people in city policies and practices."

"I whole heartily endorse Marianne Alto for Mayor of Victoria.  Whenever I have needed assistance with a City issue or have questions relating bylaws or concerns, I can count on Marianne to help get information or assistance promptly.  We need a person who cares, who delivers, who will answer questions honestly and has the knowledge to handle the responsibility of Mayor, having served as a City Councillor for years.  We need a Mayor who will listen to both sides of the issues and make decisions based on what has been presented to her.  She has worked with all levels of government which will help our City function to the levels important to sustain and improve the wellbeing of its citizens.  I encourage everyone to support Marianne Alto for Mayor on October 15, 2022."

"I enthusiastically support Marianne Alto’s bid for the mayor's chair in the City of Victoria. Our paths first crossed in 2015 as a result of our shared interest in more effective responses to the continuing housing crisis in Victoria. I have long believed that most of the seemingly intractable problems we face as a society are thrust upon municipal governments – homelessness, gentrification, densification, the opioid crisis on our streets, transportation infrastructure, security, climate change, public space and more. These difficult problems are intensified in our cities, and they have a profound effect on competing rights. Our municipal governments are the front lines of these critical decisions. Under such circumstances, we need tested leadership. Marianne has that and more. Along with pragmatism, we need empathy in city hall – a mayor who can find opportunities and solutions while faced with limited resources, who can work successful with communities, and with senior levels of government. Marianne has that gift which is why I wholeheartedly supported her successful run for Council and now her candidacy for the Mayor’s Chair."

"For 18 years I’ve been witness to Marianne Alto’s honesty and dedication to our community. She has a fine legal mind, history of human rights work, and long experience crafting policy and legislation. She follows through on her promises and gets stuff done.

I've watched Marianne handle difficult public consultations and chair impossible meetings with warmth and a steady hand. People feel heard and grounded in her presence. Marianne does her homework. She thinks hard and in detail about tough issues. Her kindness, humour and obvious enjoyment of the challenges of governing are the icing on the cake. All these attributes are critical for a mayor, who has to set the tone and standard for civil discourse and thoughtful decision-making. I very much hope Victoria will support Marianne and be lucky enough to have her as Mayor."

"Our first connection with Marianne was over 25 years ago through Victoria's Twin Cities.  She has a great understanding of various cultures and was able to make a big difference in the City's relationship with the twin cities.  This continues today through her important work in Reconciliation with our First Nation's neighbours.

Marianne’s two sons have been fortunate to have a Mother who has been so supportive of their lives and careers.

In her years as Councillor for the City, she has always shown a wonderful ability to calmly assess the many varied aspects presented to the Council and come up with a thoughtful and measured response.  Victoria has many current and future challenges and the City would be fortunate to have someone of Marianne's background in the Mayor’s chair."

"I have had the pleasure of knowing and working with Marianne for many years. Without reservation I believe she will make a fabulous mayor for Victoria.

Marianne brings many strengths to the table. She has the ability to bring people together with her energy, wide range of skills and essential good humour. She is compassionate, generous with her time and a terrific listener.

When, as Chair of the Board at the Island Deaf and Hard of Hearing Centre, I reached out for help with the writing of constitution and policy, Marianne was there and has continued to support the work of this small but vital nonprofit.

Fair, knowledgeable, a tireless worker with a deep understanding of municipal governance combine to make Marianne your best choice for Mayor."

Proud to call Marianne my friend

"I’m happy to support Marianne for Victoria Mayor.  Marianne is dedicated to community in a way which reflects my own values – compassionate, responsible (financially and inherently) and totally involved.  She is someone upon whom you can count to do the things that matter to Victoria’s residents.  Marianne cares and acts on that caring thoughtfully and responsibly.  She’s demonstrated, through multiple terms at the council table, the ability to create a calm, inclusive realm in which heated debate can safely find a collective solution.  That’s the kind of mayor I want.  Thank you, Marianne, for once again being willing to serve our community."